“If we succeed, the Country is ours. It is immense in extent, and fertile in its soil and will amply reward all our toil. If we fail, death in the cause of liberty and humanity is not cause for shuddering. Our rifles are by our side, and choice guns they are, we know what awaits us, and are prepared to meet it.”
Daniel Cloud, en route to San Antonio,
December 26, 1835 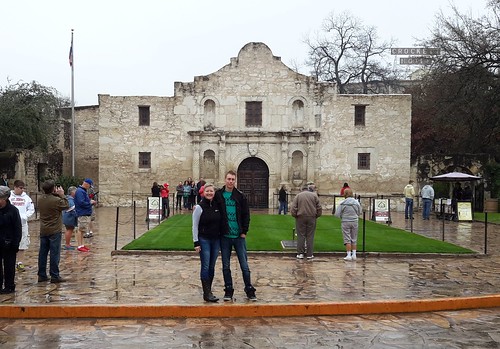 You can’t come to San Antonio, Texas, and not go visit the Alamo!  Fred and I are using Jackie and Daryl’s home as our hub for touring around this area while visiting them, and happy we were that our nephew, Kyle, drove up from his U.S.C.G. post in Galveston to join us up here for a little sightseeing at the Alamo and the San Antonio Riverwalk.  It’s been a real treat to see him twice in about as many weeks; he had joined us for three days in New Orleans, too.

Moving on to the Alamo.  I admit I had long heard the cry, “Remember The Alamo!” but Texas history was not necessarily the focus of a student in the Midwest, and I never really took the time, nor had the need, to fathom its meaning.  But of course when you visit the Alamo, you are taught what happened here, and you know why folks, especially Texans, feel it’s important to remember this place that has come to be “The Shrine of Texas Liberty.”

The Alamo was established by Spanish settlers in 1718 as the Misión San Antonio de Valero.  Like other missions set up by the Spaniards in these parts of the western frontier during this time, it served as home to Catholic missionaries who came to settle the land [that we know as the Southwest United States today] and convert Native Americans to Christianity.  After nearly seventy years as a mission, the land was turned over to these Indians who continued to farm the fields and who became part of the growing community of San Antonio.

By the early 1800s, the Spanish military stationed a cavalry unit at this place that the soldiers referred to as the Alamo; the Spanish word for “cottonwood,” to honor their Spanish hometown.  During Mexico’s 10-year struggle for independence from Spain, the Alamo was a fort occupied by the Spanish Royalists, then by the freedom-seeking Rebels, and then by Mexican military.  This leads us to the Texas Revolution.

San Antonio and the Alamo played a critical role in the Texas Revolution.  In December 1835, Texian and Tejano volunteers confronted Mexican troops who were quartered in the city, and forced Mexican General Martín Perfecto de Cós and his soldiers to surrender.  These volunteer militiamen then moved into the Alamo that had been previously fortified by Cós and his men.  They spent a couple of months strengthening their fortress which took them to February 23, 1836, when “the Napoleon of the West,” Mexican General Antonio López de Santa Anna, and his army showed up.  Undaunted, the Texians and Tejanos prepared to defend the Alamo.

For 13 days, the defenders held out against Santa Anna’s army.  The commander of the Alamo, William B. Travis, sent out a letter “To the People of Texas and All Americans in the World” [now referred to as the Victory or Death letter; one of the most stirring documents in American history] pleading for assistance.  Either because of distance (this territory was a month’s journey from the eastern cities in the United States) or because they were attending to their own affairs, only one band of 32 volunteers from nearby Gonzales arrived, bringing the the number of defenders to just short of 200.  That turned out to be too few fighters to combine with the likes of Jim Bowie; renowned knife fighter, and David Crockett; famed frontiersman, who were holed up inside.

In the predawn hours of March 6, 1836, Santa Anna’s men stormed the Alamo’s walls.  With their cannons and small arms, the Texans held the Mexican army back twice, but the third time proved too much, and the Texans succumbed to army forces much larger than theirs scaling their walls and rushing their compound.  By dawn it was over and most all the defenders lay dead.  The rest were executed.  Fourteen civilians survived; the women and children inside the garrison.

While many continue to debate the facts surrounding the siege of the Alamo, there’s no doubt that the battle has come to symbolize the heroic conviction of the Alamo defenders who fought, against overwhelming odds and ultimately to their death, for freedom.

As a post script, the defeat at the Alamo allowed General Sam Houston and his Texas forces time to plunder ports along the Gulf of Mexico where his army gathered more weapons and ammunition to fight the Mexican forces for the land they wanted.  On April 21, 1836, in another face-off with Santa Anna’s much larger army at the Battle of San Jacinto, the Texans shouted their potent battle cry, “Remember the Alamo!” and took their revenge on the enemy.  This ultimately lead to a still-young United States annexing the Republic of Texas in 1845, then the Mexican-American War from 1846-1848 which resulted in the country’s westward expansion all the way to the Pacific Ocean.

But now we come back to the Alamo.  It began as a mission, then became a fort, and is now a sacred memorial to those who died defending it.  I think it is worth remembering. 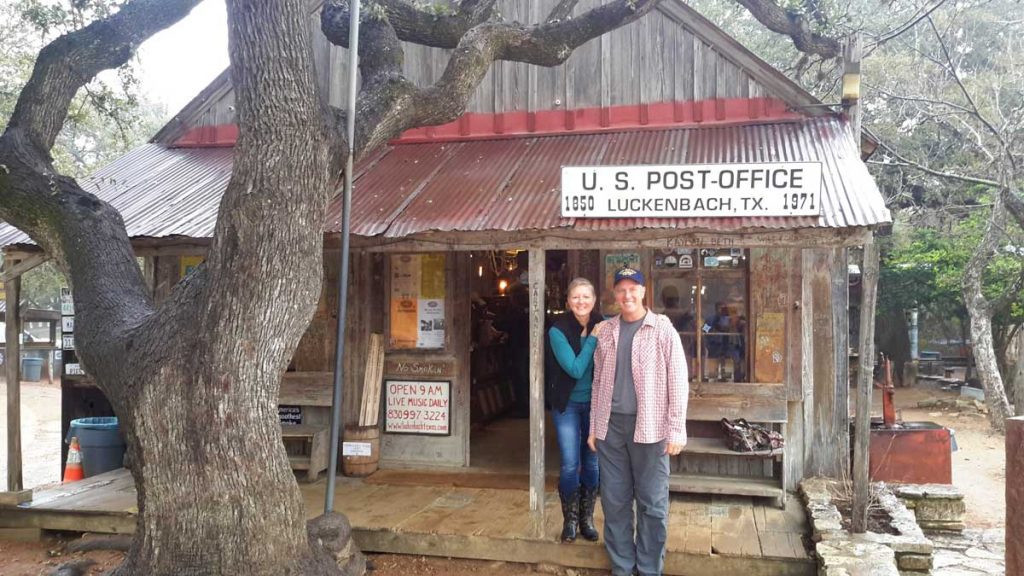