Mesa Verde National Park was established in 1906 by President Theodore Roosevelt as our nation’s seventh national park.  It was created to preserve ancient Ancestral Pueblo culture and prehistoric architecture that dates back from A.D. 550 to A.D. 1300.  As I mentioned in my last post, we have seen a lot of ancient Native American dwellings lately, but none hold a candle to Mesa Verde — it’s a very special national park, indeed.

There are some 4,500 archaeological sites that are known to exist within Mesa Verde including pithouses, pueblos, masonry towers, and farming structures, but it is the large, beautiful cliff dwellings that are the big draw to this park.  Most of the smaller sites aren’t even visible with a typical visit to Mesa Verde (the exception being some pit houses that have been excavated and are featured along one of the scenic routes), but drives across the two main accessible mesas take visitors down to the five main attractions.  Cliff House, Long House, and Balcony House are accessible only via ranger-led tours; Step House is visited on a self-guided tour.  Spruce Tree House can presently only be viewed from across the canyon as a rock slide has forced this normally self-guided area to be closed for safety concerns.

While there is some hiking in this park, it is limited to protect the fragile archaeological sights from damage, thus all our hiking was done through the ranger-led and permissible self-guided tours. That turned out alright, though, because the scorching heat that was present every day we were here was a big deterrent for wanting to take a big long hike anyway.

The ancient dwellings protected here in the national park represent over 700 years of life in Mesa Verde (Spanish translation: “green table” — a reference to the forested flat-topped part of the larger Colorado Plateau) and there is most certainly evidence of evolution in the ancestral Puebloan peoples’ time here.

From the early period of the “basketmakers” who lived in pithouses for the first 200 or so years through to the final 100 years when the large cliff dwellings were built, advancements clearly came about over time. Pithouses evolved to kivas, then multi-story brick structures. Building materials evolved from mud to stone and brick. 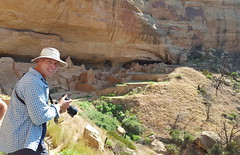 In addition to visiting the pithouses and cliff dwellings, the [air-conditioned!] Chapin Mesa Archaeological Museum was a wonderful place to take in the park movie and learn more about the history and culture of these peoples who built their homes in the cliffs and lived off the mesas.  Through some wonderful older exhibits and displays, we learned all about how they planted their corn, squash and beans atop the mesas, gathered a variety of edible and useful plants nearby, and hunted their wild animals in the surrounding areas.  They made ingenious tools from stone, wood, and bone, and over time they became prolific potters.  Over time, too, they acquired the bow and arrow which was more efficient for hunting and replaced the old atlatl, an ancient type of spear thrower.

Also in the museum was an incredible set of five dioramas depicting the evolution of these ancient Puebloan peoples.  These detailed scenes were made back in the 1930s and ’40s by participants in the Works Progress Administration (WPA) and the artist in me particularly liked seeing these marvelous works of art made so long ago.  I would be remiss if I didn’t mention the Visitor Center at the entrance to the park.  That one, too, housed more modern displays of the life and times of the ancient Puebloan people who are remembered and admired here in Mesa Verde National Park. 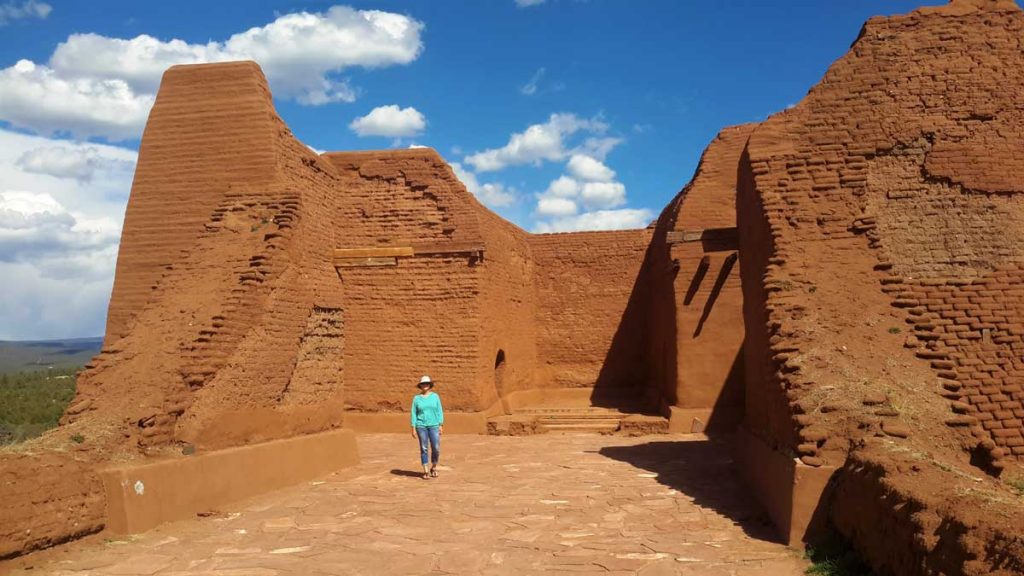 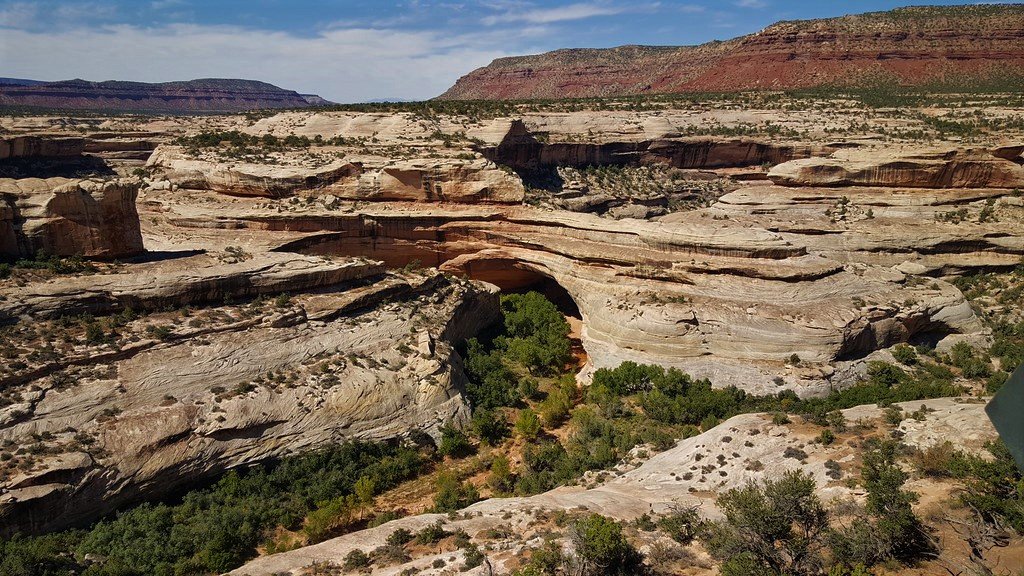