Willie and Waylon once wailed about Luckenbach, Texas, – in fact, they put this place on the map.  Well now we can say we’ve been there!  It’s not much when nothing’s going on in the ‘town’… in fact, they sell a bumper sticker in the General Store / Post Office reporting the population at the last census was three – that’s right, three.  But people come from far and wide for the music and the party in the dance hall.  We picked up a flyer and see there’s music playing this weekend – we might just have to come back, for as the lyrics to the famed song say, “Out in Luckenbach, Texas ain’t nobody feelin’ no pain.”  That sounds like a great Saturday!

This is Luckenbach. The dance hall is to the left (can’t see it in the picture), and that’s all there is!

The next time you find yourself near San Antonio or Austin, we recommend that you take a little detour to Luckenbach. It’s easy to see why there’s a song written about this very unique place. 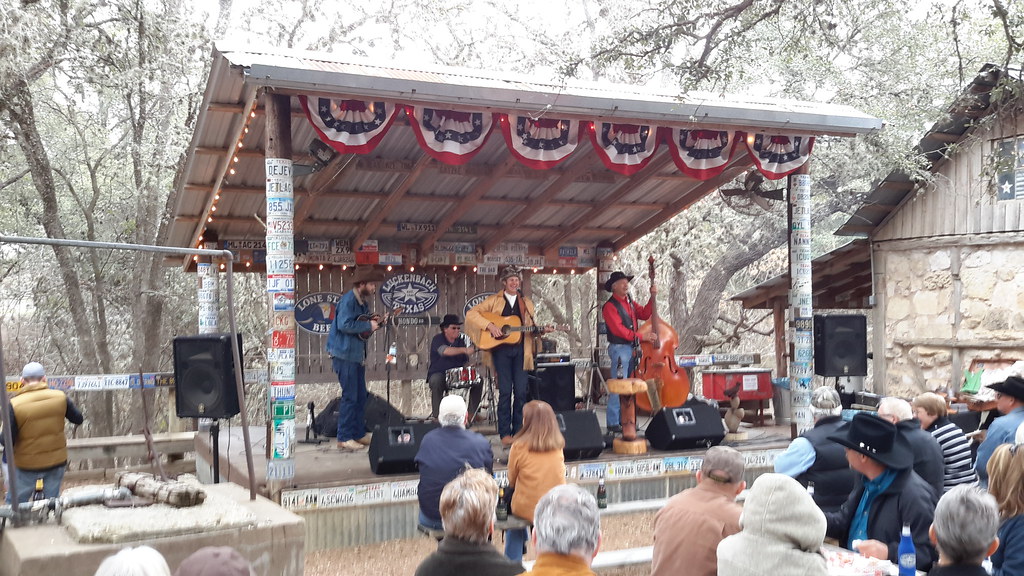