August 22 — We did something we haven’t had to do in three months – we drove into the big city of Philadelphia and had to deal with traffic!  But our time spent in the traffic was worth the reward of visiting yet another famous National Historical Park and seeing, among other things, the most important shrine to American liberty – the illustrious Liberty Bell.

Philadelphia was founded in 1682, and by the late 1700s it was the most populous and most culturally-advanced city in Colonial America.  It was the center of activity for those who advocated independence from Britain – men like John Adams, Thomas Jefferson, George Washington, Benjamin Franklin, Patrick Henry, Thomas Paine, and scores of others who discussed ideas, debated concepts, documented their beliefs, and ultimately lead 13 colonies to independence and the creation of The United States of America!

Walking along the cobblestoned streets, we couldn’t help but reflect on all of the historic events in the American Revolution that happened here – who walked down the very passages we walked down and who sat in the very rooms we got to tour.  As our rousing NPS Park Ranger told us as we were touring Independence Hall, “You are standing in the most famous room in the entire country.”  Reflecting on that strong statement, he’s right.  The First and Second Continental Congresses met here.  These were the first unofficial forms of government meetings; men representing each of the 13 colonies – the country wasn’t even a country yet.  These courageous men went against British rule, first to create the Declaration of Independence (1776) which immortalizes “unalienable truths” upon which just government must depend, including life, liberty, and the pursuit of Happiness.  Next came the Articles of Confederation (1776 to 1789) which defines powers of the States, and then the Constitution of the United States (1787) expresses the essence of free government.  Our founding fathers were incredibly bold to believe they could go against British rule to establish their own country and form their own government.  Affixing their names to these monumental documents was committing treason against British Rule, and yet so committed to freedom were these men that they bravely did it and kept fighting in the war to ultimately win such independence.

Hover your cursor over the photo and click on the arrows to see photos from our day in Independence National Historical Park:

There are more than a dozen historical buildings spread over ten or so blocks in the heart of this historic city, and while we didn’t visit all of them, we hit the primary ones including Independence Hall, Liberty Bell Center, the Second Bank of the United States, the Benjamin Franklin Museum, the B. Free Franklin Post Office (the first in the nation) and, of course as we value so greatly, the park’s Visitor Center.

It was another amazing day of revisiting our American history – well worth our time in traffic! 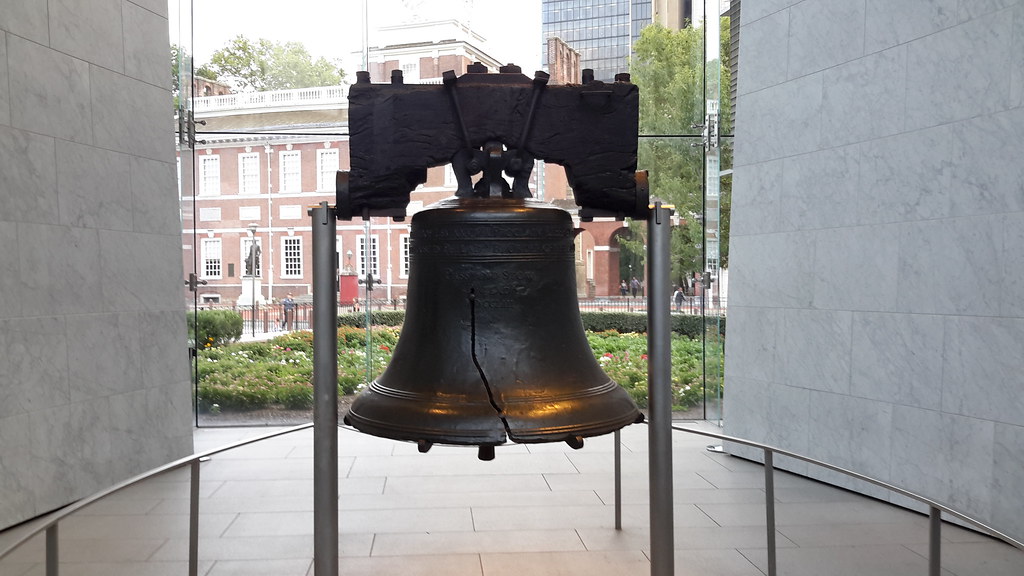