2,182 miles – that’s the length of the Appalachian Trail, or ‘the A.T.’ as it’s known to serious hikers.  It runs from the top of Springer Mountain in Georgia and heads north to the northern terminus of Katahdin in Baxter State Park in Maine — or, if you prefer hiking south, it runs from Maine to Georgia.  No matter which direction you choose, it’s some five million steps from end to end!

We purposely booked our stay in this area in the state park just a mile from The A.T. as we wanted to hike a portion of it.  And so on a nice morning we set out, following the white flashes marking our way until we reached the midpoint of The Trail.  Understandably, those thru-hikers who reach the midpoint have cause for celebration.

Tradition has it that hikers who make it this far stop at the state park general store and eat a half-gallon of ice cream.  In the week we were here we saw a few thru-hikers, including one guy who was eating his ice cream.  Not only did he eat a half-gallon, but then he had an extra pint!  Do you think he might have been deprived of sweets and goodies on the trail?  I think perhaps….

He’d been on The A.T since June 8th – nearly 70 days – and when we asked him, he said it was every bit as difficult as he thought it would be, but concluded by saying that most goals worth achieving are difficult.  That reminded me of an oh-so-apropos saying, “Happy are those who dream dreams and are willing to pay the price to make them come true.”

What was extra fun for us hiking this little section was knowing that in a month we are staying in Baxter State Park specifically so we can summit Katahdin Baxter Peak.  But now, of course, we have to alter our itinerary when we’re in Georgia so that we find, and summit, Springer Mountain!  It’s good we have flexibility in our itinerary!! 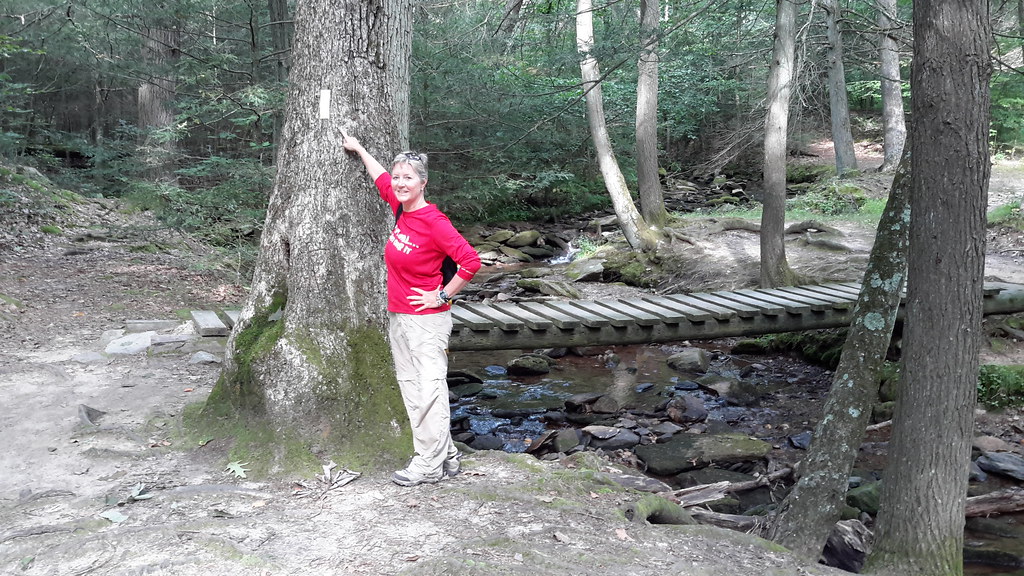