Great Basin National Park is one of many of the national parks we had never heard of when we started planning our Out There adventure to visit all of our nation’s parks several years ago.  One of the first things I did at that time was to make a list of all 59 of the parks and start to get to know where they all are so I could develop a rough plan for visiting them all in some sort of order that made logistical and geographical sense.  This park is far from everything on a long road from nowhere and not on the way to anywhere else — a destination park, to be sure.  That is probably the reason that we haven’t visited Great Basin NP before now.  But visit it, we now have — our 49th park.

The isolation of Great Basin makes this a not-oft-visited park; in fact Grand Canyon NP gets more visitors in a busy week than this one gets in the entire year!  But the diversity of what can be found in the area, as well as an understanding of what Great Basin represents and protects was a nice surprise — well worth the trek to get to it.  Our visit here had us hiking in snow fields, touring a limestone cave, marveling at 3,000-year-old bristlecone pine trees, enjoying a veritable cornucopia of colorful wildflowers, and looking up from the basin at mountain peaks that tower over 10,000 feet; the tallest, Wheeler Peak, tops out at over 13,000 feet.

As the park brochure illustration depicts, what is known as the Great Basin is very large and stretches across multiple states.   There is not just one basin here, but many.  They are separated by mountain ranges that are roughly parallel, north to south, with basins and ranges alternating.  Great Basin National Park preserves and protects just one of the many mountain ranges — a mere 77,000 acres — but it represents the entire Great Basin which is some 200,000 square miles in size.  Hot, dry summers.  Cold, snowy winters.  Mountains in a sea of sagebrush.  These all describe Great Basin National Park.

Great Basin was given its name by a mid-19th century explorer, John C. Fremont, who described it like this:  “It is a singular feature, a basin of some five hundred miles in diameter in every way, between four and five thousand feet above the level of the sea, shut in all around by mountains, with its own system of lakes and rivers, and having no connexion whatever with the sea.”  Indeed, the basin consists of valleys and mountain ranges that keep all of the streams and rivers in the region contained.  This results in water collecting in shallow salt lakes (playas), marshes, and mud flats which then evaporate in the dry desert air; there is no outlet for this water to reach the sea.

Over 90% of the basin is public land, managed by the National Park Service (NPS), Bureau of Land Management (BLM), U.S. Forest Service, U.S. Fish and Wildlife Service, and a couple of state agencies, each having its own mission and management purpose.  The movie in the Visitor Center gave us an overview of the park, but once again, NPS Rangers Mike in the Visitor Center, and Mark who gave us a tour of Lehman Caves really make the park come to life for us so we could understand and appreciate it better.

Here’s a look at what I enjoyed during our three-day visit to Great Basin National Park:

Snow-capped mountains — I enjoyed the scenery but not the snow; I’m done with cold and snow for the season!

Lehman Caves — although it’s only one single cavern, contrary to the name 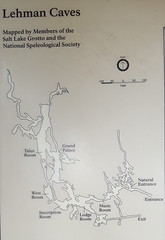 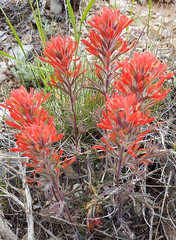 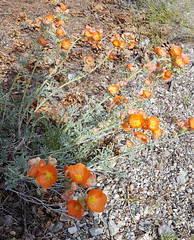 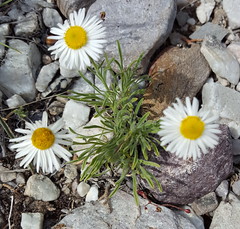 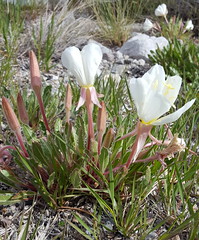 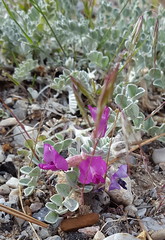 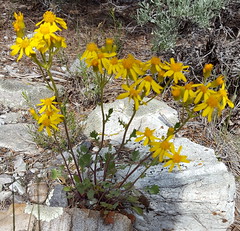 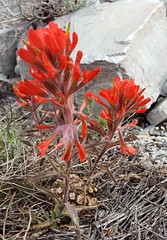 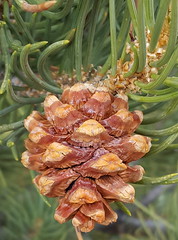 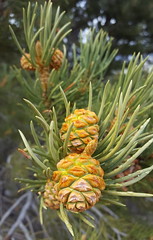 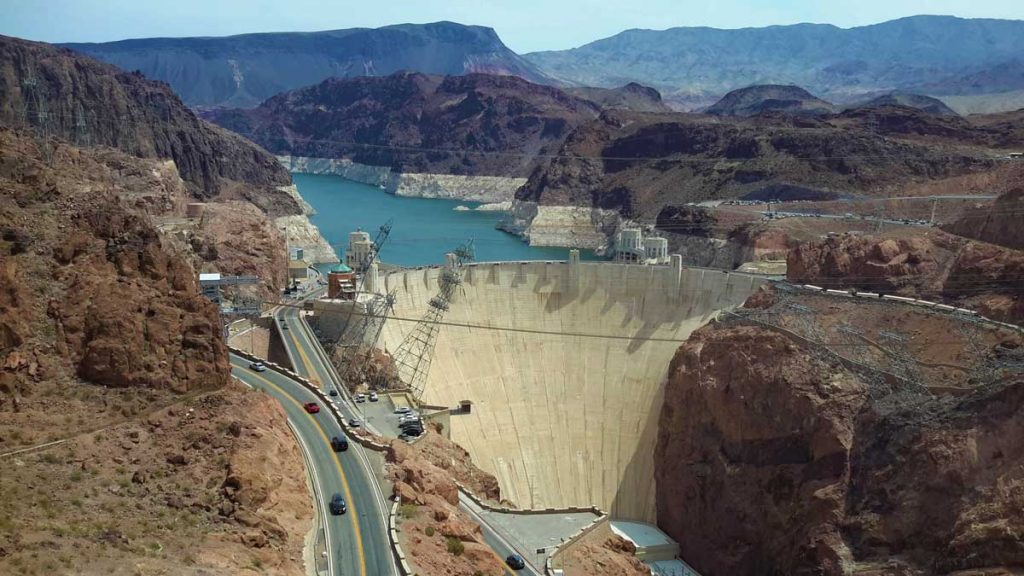 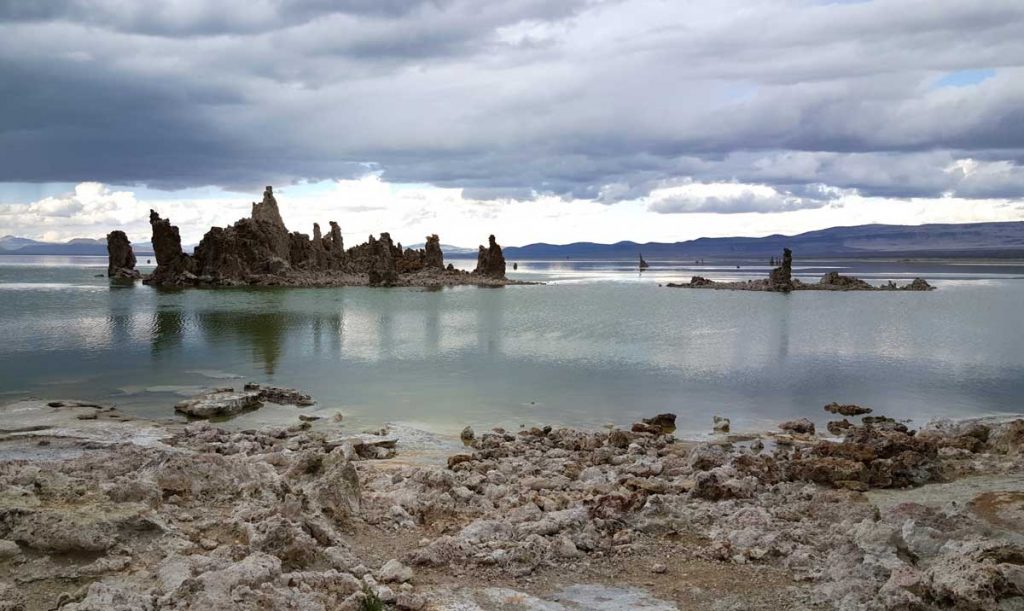 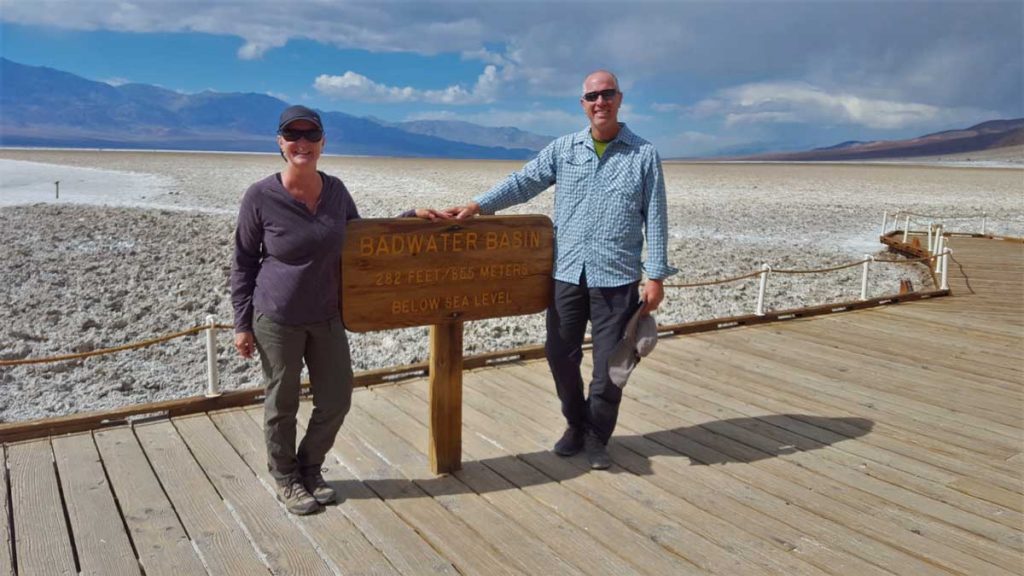