Outside of Bryce and on the way to Zion, we followed along State Route 12, recently named an “All-American Highway” in this area.  Kodachrome Basin features towering sandstone chimneys, monolithic spires, and sedimentary pipes.  The colors in the sandstone change with the day’s mood, and this color and contrast prompted the National Geographic Society, with consent from the Kodak Film Corporation, to name the park Kodachrome in 1949.

We took a little 3-mile hike along the Panorama Trail where we saw some interesting geological features with names like “Cool Cave” and “The Hat Shop” and “Ballerina Point” – the names made sense when you saw the rock formations.  We also drove out to Chimney Rock, a solo rock outcropping the local grazing cows didn’t seem to notice.

Yet another spectacular feature as we ventured across Scenic Byway 12, we drove through a lovely stretch of red rock in the Dixie National Forest, aptly named Red Canyon.  The uniquely colored red rock formations and lush high-altitude green forests set in front of a blazing blue sky; this is a picture that comes to mind when I visualize “God’s Country”….

Hover your pointer over the photo, below, then click on the arrows to scroll through our photos from Kodachrome & Escalante. 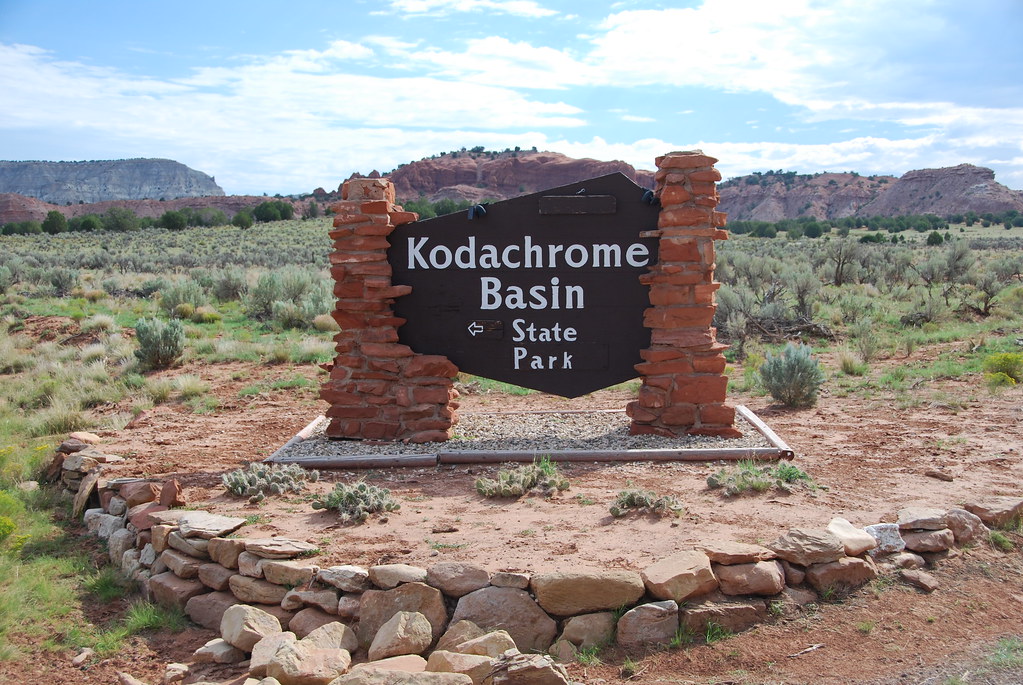 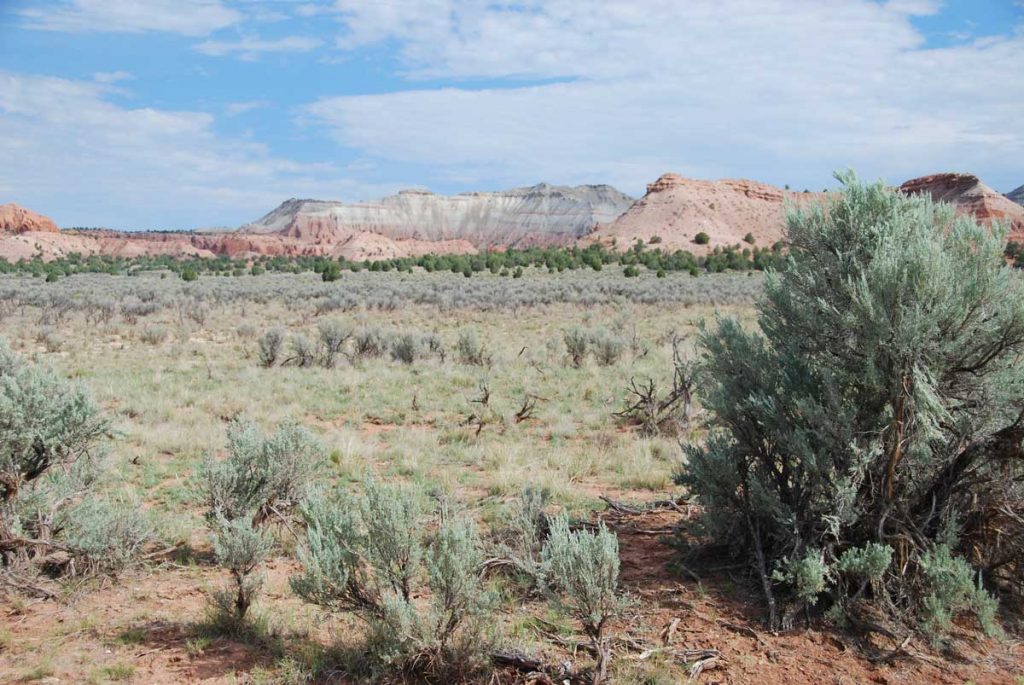