Just after sunrise one morning while visiting Petrified Forest National Park, I was out shooting the beautiful, colored mounds in the Blue Mesa area of the park. Layers of blue, purple, white and gray were enhanced by the early morning light. I decided to hike down into what is called the badland area on a trail that snakes between these colorful mounds past wood turned to stone over many, many years. As I was walking along the trail I glanced up and saw a small piece of petrified wood that had just begun to be exposed by the wind and water erosion that had occurred over millennia. It struck me that this was the first time that the now rock-like wood had seen sunlight in well over 200 million years, for that was when it broke apart from the rest of its host tree, fell to the ground, and in the ensuing years was covered by layer upon layer of debris, sediment and volcanic ash. And here I was alone on the trail, witnessing the reemergence of this ancient artifact.

Ancient wood is why this park was established back in 1962, after achieving national monument status in 1906, and it has the largest concentration of petrified wood in the world. It also is where you can see a Painted Desert and the stunning, layered Blue Mesa.

Photos of these elements of Petrified Forest NP are below. 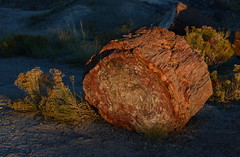 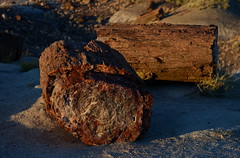 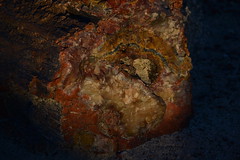 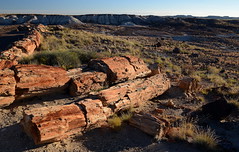 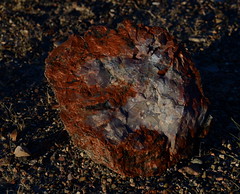 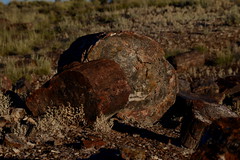 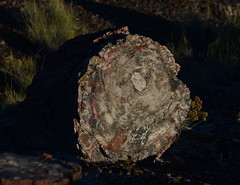 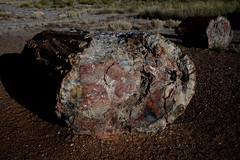 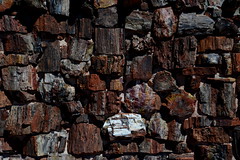 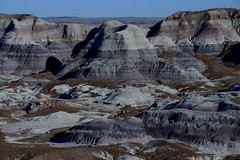 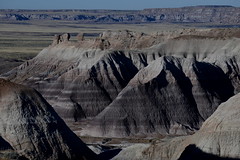 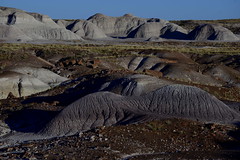 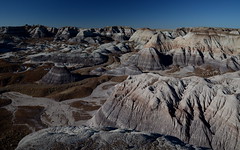 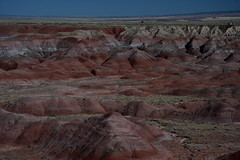 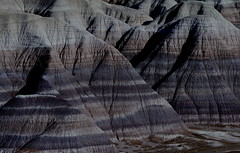 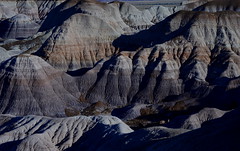 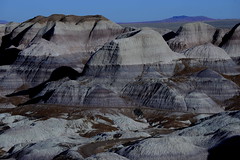 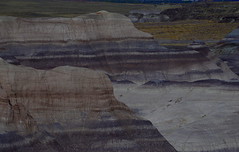 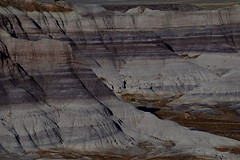 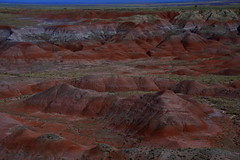 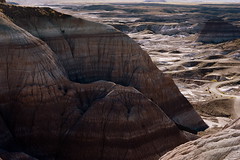 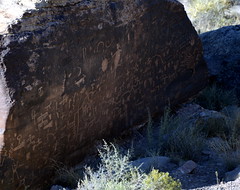