We did not get to see everything that we wanted to see, but what we did see was pretty wonderful. Wildfires just inside the western entrance to the park blocked the path east and kept us from visiting much of the park. Actually, we had planned to stay in the park for four nights until receiving a call on the day that we were scheduled to arrive at the campground telling us that our reservation had been cancelled and that the part of the park where we had planned to stay had been evacuated. We were able to go into the park a few miles past the impressive North Cascades NP sign, and see where the firefighting trucks were blocking the road with smoke from the fires just beyond them. Fortunately, there was another part of the park that was open, and after a 15-mile drive on a washboard, single-lane road, we arrived at the trail head for Cascades Pass and were treated to some spectacular visas during an 8-mile hike. 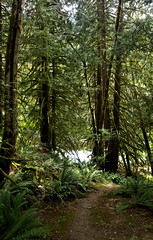 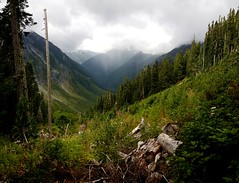 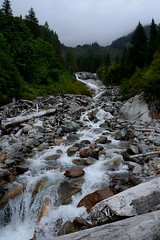 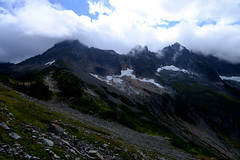 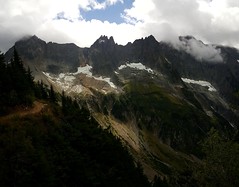 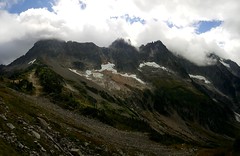 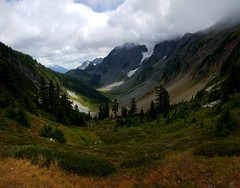 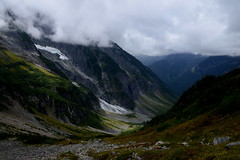 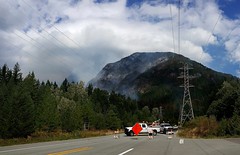