The locals refer to Mt. Rainier as “The Mountain,” and at a little over 14,400′ it is ever-present in the park. It is dramatic in profile and appearance with some 25 glaciers bleeding down its sides with a snow-capped summit. During our six days in the area we drove to different areas of the park and hiked various trails, but with all of them, The Mountain was invariably looming somewhere in the landscape. Even when I hiked in heavy fog, I could almost feel its presence as I ascended on the trail. But the rest of the park is stunning as well, and I have attempted to capture some of its beauty, along with The Mountain, in the photos below. 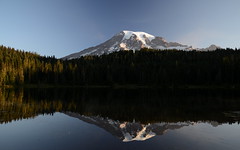 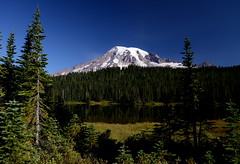 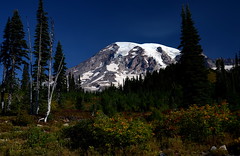 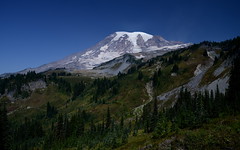 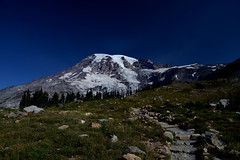 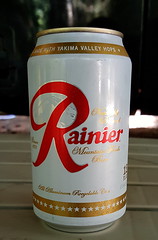 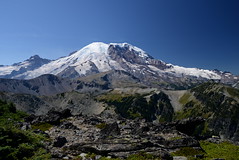 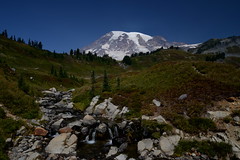 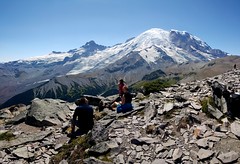 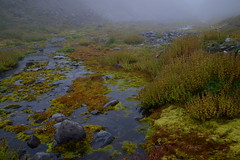 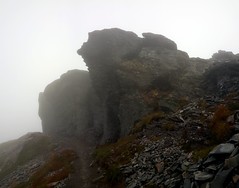 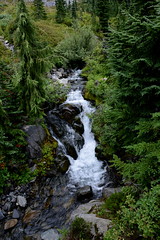 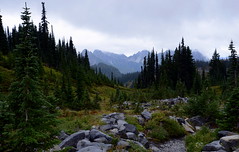 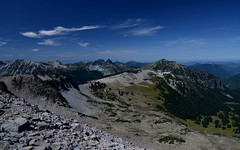 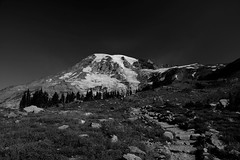 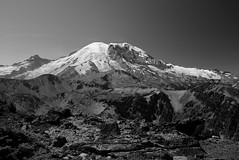 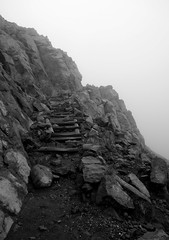 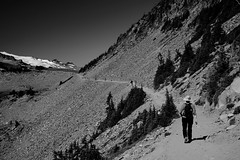 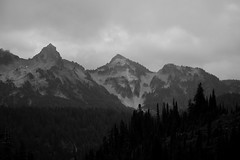