This visit to Denali National Park and Preserve was like no other trip to a national park that we have made thus far. Instead of driving into the park, or taking a boat, or even landing on water or a beach near a lodge where we would stay, on this trip we flew about 15 miles into the Denali NP wilderness and landed by float plane on a glacial lake between two glaciers. We then grabbed our gear and carefully made our way over a rocky hill to what would be the base camp for our four day stay. We were truly “Out There” as the closest that we would come to other humans during our time at this camp was when the occasional flight-seeing plane would fly over at 1,500 feet.

It certainly was not the most comfortable of conditions. The first thing we noticed when looking at the campsite, was that there was a low-voltage fence running around the perimeter of the camp to deter bears. Further, every night, all food, toothpaste, soap, deodorant, cosmetics and anything else with any kind of fragrance, had to be put into a bag which was sealed in a fifty-gallon bear-proof barrel. The thought was that if we did not attract the bears, then we would not have to wonder if the flimsy fence would actually keep them out. It also seemed to pretty much rain nonstop from the first evening that we arrived until we left three days later. Given this, all of our hikes were in the rain or it was threatening to rain. As a  result, everything that we wore, even the “waterproof” clothing and shoes, was constantly soaked. It was also a bit cold, so not only were we wet, but chilled as well. The hikes were made all the more challenging as we were often moving over unstable rocks that were wet and slick, or up steep, tundra-covered mountains that were soaked with rain. The conditions were so treacherous at times, that on the second day, Laura unfortunately slipped on a rock and severely sprained her ankle and spent the rest of her stay taking it easy. Because of the wet conditions, everything in our tent was also wet and bits of mud collected inside the entrance of the tent. Forget about sitting around a fire in comfortable chairs, as there was no wood to burn out here and the camp chair that we had to sit on consisted of a seat and back for support that rested flat on the ground. Certainly not that comfortable as the ground was rocky and it was a bit difficult to get out of the chair and stand up. As for dining, again we sat on the ground and every meal was eaten out of the same plastic container using a flimsy, fold-over plastic spork. Finally, the toilet was a distance from the camp behind a clump of bushes and consisted of a five gallon bucket into which we spread lime. Everything had to be carried out…and I mean, everything. And did I mention that it rained all the time, which made visiting the bathroom an interesting proposition. As I said more than once, it was not the nicest bathroom that I have ever seen, but it certainly had the best view. And, I should also probably mention, that this was without a doubt one of the most extraordinary things that either Laura or I have ever experienced, and if given the opportunity, we would gladly repeat the entire, exhaustive, and rather challenging, experience again.

I could go on and on about why this was such an incredible experience, but one very important factor was that we shared this with six wonderful, fellow adventurers, and were led by two great guides, Gus and Jess. But the real star of the show, was the setting in which we were dropped: soaring mountains that rimmed our camp, ancient glaciers that carved valleys and moved rocks the size of a large bus, remote mountain lakes, a frigid stream from which we drank untreated water, and hillsides covered with lush tundra. And it was just our small group in the middle of it all, alone to share in the extraordinary beauty and wonder of the Alaskan wilderness. 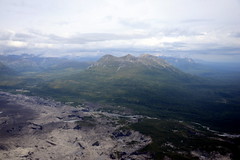 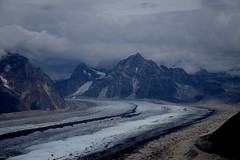 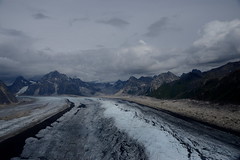 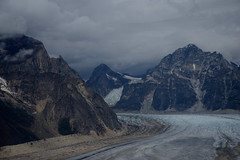 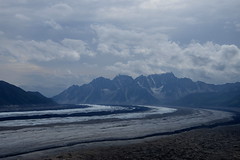 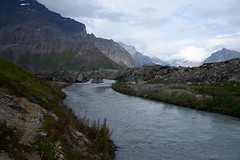 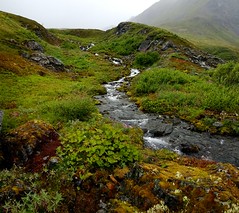 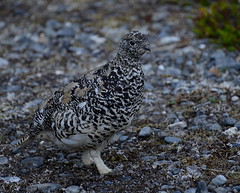 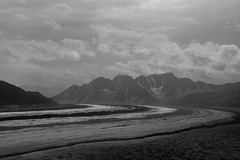 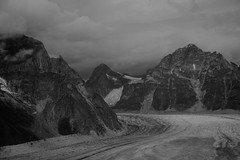 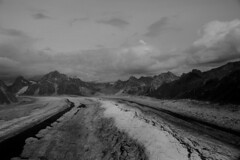 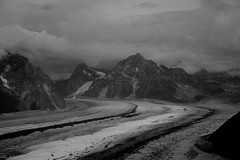 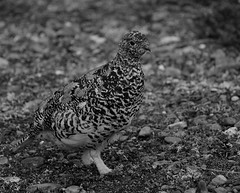