While visiting all 59 of the true “National Parks” is our goal, we also want to see as many of the national park properties or national park areas as we can – places like this little gem.  We didn’t even know it existed before visiting it, but now we understand what an important place in history this truly is.

The confrontation at Fort Necessity on July 3, 1754, was the prelude to the war fought by England and France for control of the North American continent.  The struggle was known here in North America as the French and Indian War, but around the world it was called the Seven Years’ War.  It ended in 1763 with the removal of French power from North America and India.  Just think… if it had turned out differently we all might be speaking French!  This ultimately set the stage for the American Revolution a few years later. 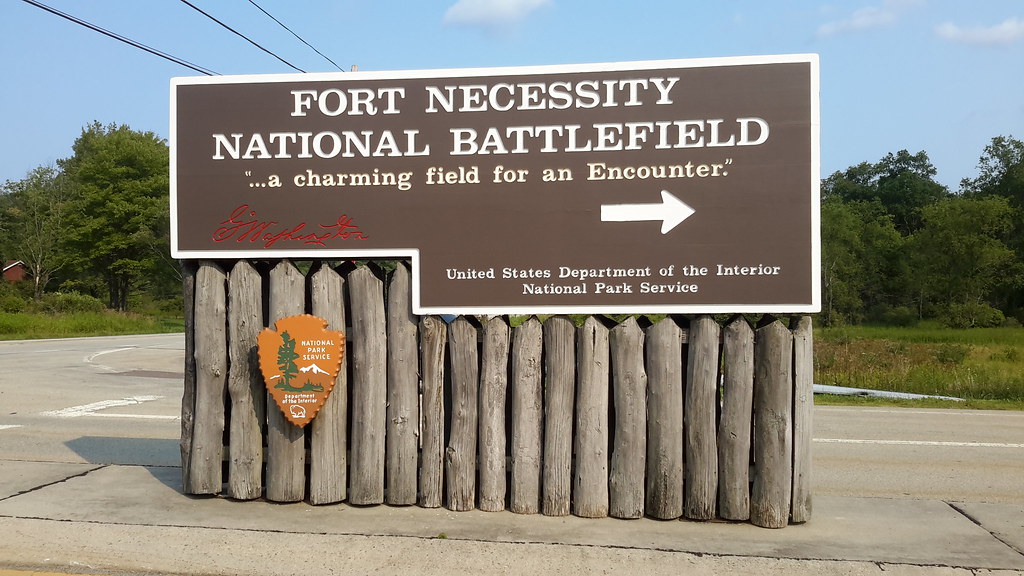 The action here at Fort Necessity was the first major event in the military career of George Washington – he was 22 at the time this took place – and it was the only time he ever surrendered to an enemy.

Fort Necessity also celebrates The National Road which today is known as Route 40.  It was a federally-funded highway constructed from 1811 through the 1830s.  The opening of this road helped thousands of pioneers head west over the Allegheny Mountains to settle the rich land of the Ohio River Valley.

All along The National Road, taverns sprung up to support travelers heading west.  The Mount Washington Tavern was built near Fort Necessity as a stagecoach stop on the National Road. Today it is a museum dealing with life along the Road.