One of the reasons we camped at Ohiopyle was its proximity Fallingwater.  Designed by Frank Lloyd Wright in 1935 and built for the prominent Kaufmann family – Pittsburgh aristocrats and owners of the upscale Kaufmann’s retail stores – from 1936-38 as a summer home, Fallingwater is said to be the greatest example of American architectural design.

While the Kaufmanns enjoyed it for 25 years, they always knew it should be shared with the public, so at the passing of the elder Kauffmanns, their only son, Edgar jr., gifted it to the Western Pennsylvania Conservancy who has owned and operated it since 1963.

This home is one of the greatest architectural marvels of the 20th century – cantilevered right over the waterfall on Bear Run – and today it is a National Historic Landmark. 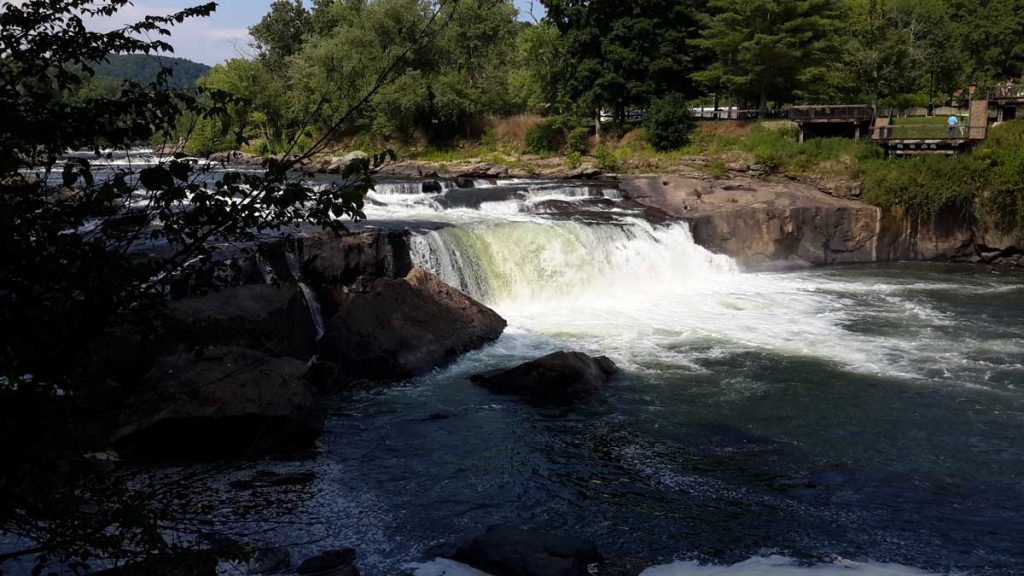