We are spending several days with my father’s cousin, Aleta, and her partner, Ed.  Most of my father’s side of our family resides back in Denmark, so the few of us that are here in the U.S. definitely need to stick together!

It’s been a wonderful visit and they’ve taken good care of us; we’ve eaten and drunk (that’s the proper word usage, right?) well!  Highlights of our time together include a Columbus Day hike the three of us took in nearby Sleeping Giant State Park.  We made it up to the summit of the ‘sleeping giant’ and were rewarded with lovely views of the fall foliage and surrounding areas.

The four of us also very much enjoyed a morning in New Haven, home to Yale University, where we walked around some and spent time at the Yale University Art Gallery; a world-renowned gallery with many impressive works.  Four stood out that I think are worth sharing:

Worthy of first mention is this painting on the left.  Revolutionary War artist John Trumbull gave more than 100 of his paintings to the Yale College back in 1832 which was the foundation for the permanent collection here.  Surrender of General Burgoyne is his famous painting depicting British General John Burgoyne’s surrender to American General Horatio Gates at Saratoga on October 17, 1777.  Regular readers of my blog will remember that we visited Saratoga NHP back in August and had a wonderful time with cousin Jason who works at Saratoga.  So Jason, we were thinking of you as we saw Trumbull’s original paintings here at Yale!

I just like Vincent van Gogh, as I do the other Impressionist painters, and when in Arles in southern France some years ago, I walked right by the Café de l’Alcazar, where van Gogh took his meals.

Naturally, I loved seeing yet another of his originals hanging here in the gallery.

Another painting in the category of ‘we recently saw this’… well, not this painting because it’s hanging here at Yale, but others by this artist back when we visited the Marsh-Billings-Rockefeller NHP in Vermont.  This painting is one by Albert Biersadt, who was part of an informal group of like-minded painters in the 19th century called the Hudson River School artists.  They painted landscapes as pastoral settings, with very carefully-painting details and romantic, almost glowing lighting.  The Rockefellers were avid collectors of these artists’ works; in fact, they have one of the largest private collections of these Hudson River School painters, amassing 24 of their paintings in all.  So back in September when we were touring the M-B-R home, we saw two other Bierstadt paintings with this unmistakable look and feel.  It was a real treat to see this painting!

This should look familiar to our Chicago friends.

This is a reduced version of the much much larger scale Abraham Lincoln statue that stands (literally) just south of North Avenue at the edge of Lincoln Park.

Fred & I loved walking past this statue after our walks up through the Lincoln Park Zoo.  So you can imagine our déjà vu when we saw this one here in the gallery!

And from priceless classic paintings to “classic” B-grade movies… from Aleta’s location in Shelton, we also took a day trip up the Connecticut coastline where we enjoyed the small coastal towns of Guilford, Groton, Old Lyme, Stonington, and Mystic.  And you know, Fred being the movie buff that he is, we just had to eat at Mystic Pizza – setting for the movie Mystic Pizza – for lunch.  If I’m not mistaken, this was the breakout movie for Julia Roberts back in 1988.  The pizza was actually very good!

We are not quite finished with our visit with Aleta & Ed.  We are going to spend a long weekend up in Boston, then come back here for one more night next week, and then although we’re having such a nice time together, we really must scoot south before it gets too much colder. 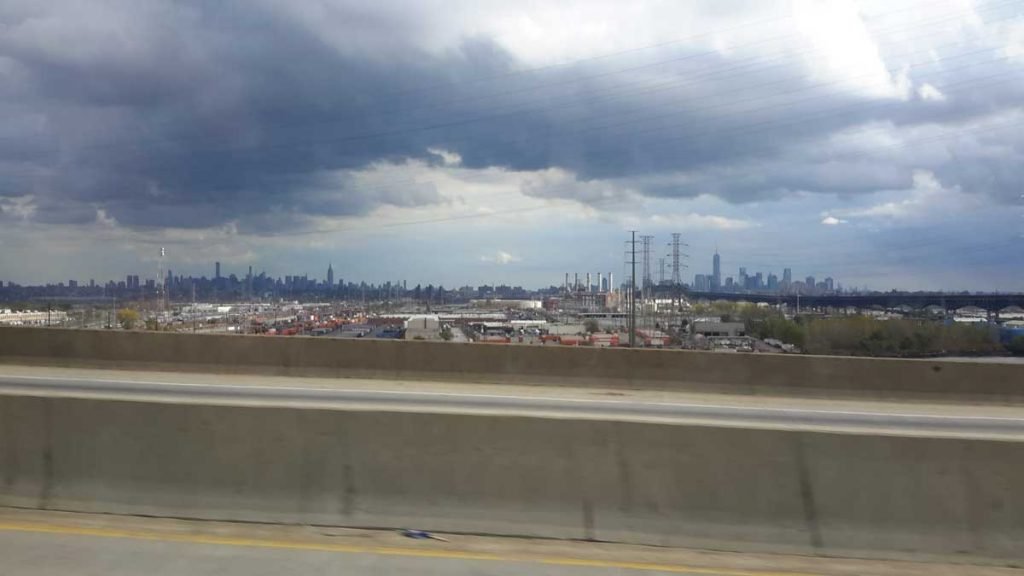