#48 – Iowa.  #49 – Nebraska.  We have now visited 49 of the 50 states on our Out There journey!  Our last one will be North Dakota which we have slated to visit in July, but let me back up and tell you how we came to visit the Hawkeye and Cornhusker states and what we did in each one.

This past Sunday we left Mom’s in Wisconsin and began our journey west in Toad (the Subaru Crosstrek that we tow) to reunite with Charley, our RV, which we had left in Salt Lake City a little over six weeks ago.  [We decided to leave Charley behind — our longest separation from him to date — because we were spending a lot of our ‘visit back in the Midwest’ time in Chicago and we didn’t want the burden of figuring out where to park a 30′ motorhome in the big city; it just seemed easier, not to mention faster, to trek back in a car rather than an RV towing a car.]   So Sunday… after crossing through beautiful southwestern Wisconsin and enjoying the spring blossom season for the third time in 2016 — lucky us! — we joined up with I-80 which traverses the country from New York City to San Francisco.  Incidentally, on our journey east back to Chicago in mid-March, we learned at the Dwight D. Eisenhower Presidential Library, Museum and Boyhood Home (that’s a mouthful!) in Abilene, Kansas, that we have Eisenhower to thank for our nation’s Interstate system!  Back to I-80… it took us through Iowa, Nebraska and Wyoming before returning us to Salt Lake City and Charley yesterday/Thursday late afternoon.  So five days, several stops, and 1,600 miles later we are now back to living our gypsy lifestyle in Charley, and with two more states added to our tally.

In Iowa, we visited the following two national park units:

Effigy Mounds National Monument — is an area located along a scenic stretch of the Mississippi River in northeastern Iowa that protects a variety of ceremonial and burial mounds created long ago by the Native Americans who lived in this area.  Still considered sacred by many local tribes, some 200 effigy mounds are found here.  Many of these mysterious mounds take the shape of bison, birds, bears and other creatures common to the area between 1,400 and 850 years ago when it is estimated these mounds were created.  As we always do, we took in the overview movie in the Visitor Center before setting out on a short walk in the woods to see some of the mounds. 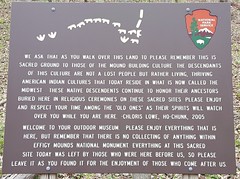 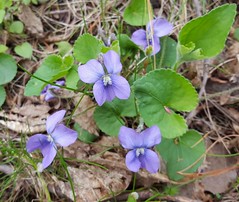 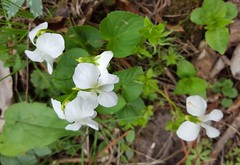 Herbert Hoover National Historic Site — preserves the birthplace of Herbert Hoover, the 31st president of the United States.  He was born in 1874 in a humble, two-room cottage which stands on the site today, along with some other community buildings which have been restored or replicated, including the 1853 one-room schoolhouse, the 1857 Society of Friends (Quaker) Meetinghouse, and a blacksmith shop that represents one like his father ran.  Although he was only in West Branch, Iowa, for the first ten years of his life (his father died in 1880 when “Bert” was just six and his mother died four years later, leaving behind three orphan children who were sent off to live with various relatives — Bert was sent to Oregon), Hoover was greatly influenced by his early years here.  The family’s Quaker religion instilled in him generosity, hard work, and service to others, and informed his life of public service as president (he served one term during the Great Depression) and in the years after his presidency (he lived until age 90) as he worked for social justice and worldwide peace.  Herbert Hoover and his wife, Lou Henry, helped plan what is now this national historic site with the intent of providing an understanding of the life and work of this great man who leaves behind a remarkable legacy.  They are buried together on the property, and his presidential museum and library are also found here in West Branch. 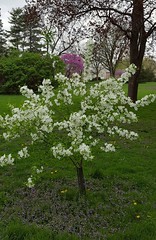 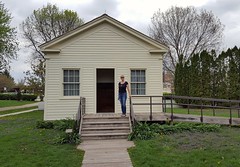 Katie P’s house — is the place we visited during our drive across Nebraska.  Katie is a DDD sorority sister who hails from Lincoln.  We met as 18-year-old freshmen at the University of Wisconsin.  We’ve stayed connected over all these years, and it was wonderful visiting with Katie, her son Jack, her daughter Talia, and her beau of about three years now, Mike.  Katie cooked us a great dinner, took us to a campus ice cream shop — does she know Fred or what?!? — and provided these two weary travelers with warm and cozy beds.

We were going to visit more of the great state of Nebraska, but the cold Fred developed in Wisconsin left him without any energy whatsoever, so we decided we’d have to visit Nebraska’s national park units at another time….  Just one state left!! 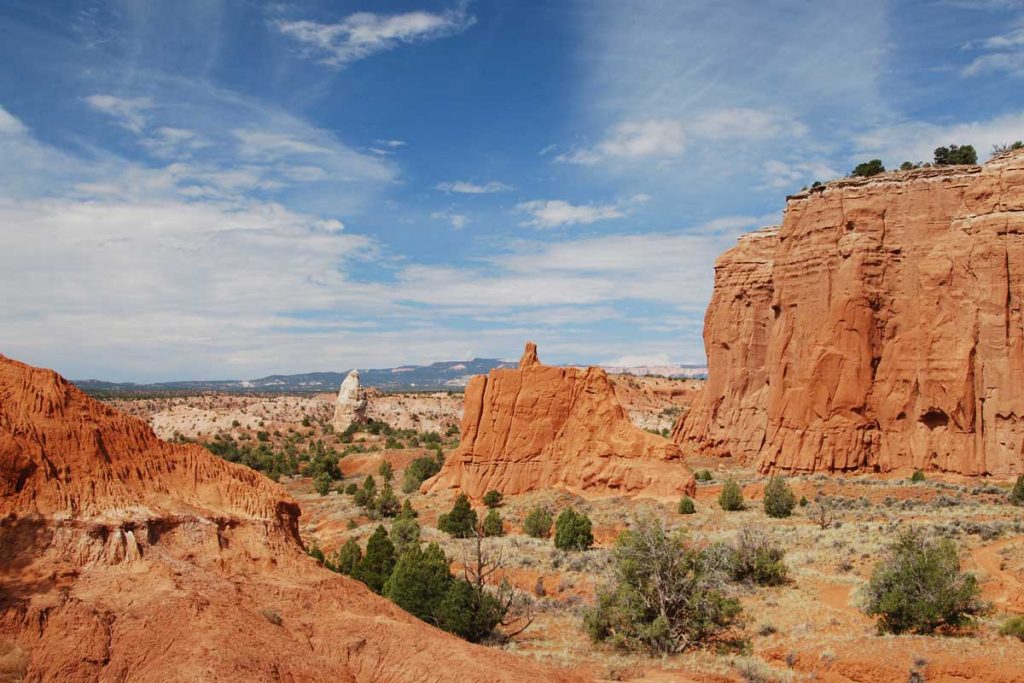