Hey, it’s good to be back home again.

Sometimes this old farm feels like a long lost friend.

Yes, and hey, it’s good to be back home again.

November 3, 2016: The Odyssey is finished, and Odysseus has returned to Ithaca. This was not the 10-year journey that Homer wrote of so many, many years ago, but it was a grand trip for Laura and me, nonetheless. In pursuing this endeavor, we heeded Mark Twain’s advice to, “…throw off the bowlines. Sail away from the safe harbor.” It had been almost two and a half years since we left Chicago, having sold our downtown condominium and placing everything in storage. We moved into our motorhome that we named Charley, after the Steinbeck novel, Travels With Charley: In Search of America, hooked up our small Subaru that we called Toad, and hit the open road in search of America ourselves. Actually, our primary objective in undertaking this trip was to see and experience all 59 of our country’s national parks, which we accomplished when we visited our last park, National Park of American Samoa, in October 2016. In addition to the 59 national parks, we also visited another 126 national park units such as, monuments, memorials, battlefields and historic sites. But as it turned out, visiting the parks was just one element of our own, incredible, 30-month odyssey.

When we were Out There I liked to say that we tried to allow life to just wash over us, and we certainly did our best to immerse ourselves in it. We lifted off with 400 other balloons during opening ceremonies at the Albuquerque International Balloon Fiesta; attended Garrison Keillor’s last A Prairie Home Companion show at the Hollywood Bowl; marveled at the Milky Way sweeping across the night sky above us; were there for Games 4, 5, 6 and 7 of the World Series and saw the Cubs finally win it all; watched a Little League World Series championship game in PA; walked the route of Pickett’s Charge at Gettysburg with a young man in a Confederate Army uniform at sunrise; whitewater rafted down the Colorado River through the Grand Canyon; hiked rim to rim across the same canyon to commemorate my 60th; attended a festival of nothing but twins and other multiples; strolled around Thoreau’s Walden Pond; kayaked and camped in pristine wilderness above the Arctic Circle; celebrated New Year’s Eve with former Navy shipmates whom I had not seen in 35 years; stood where Washington crossed the Delaware; watched a lunar eclipse from a mountain top away from the rest of the world; snorkeled in water that was so full of life that it was like swimming in an aquarium; watched stock car races at a dirt track on a Saturday evening in small-town Colorado; met folks who will be lifelong friends; walked our daughter down the aisle; and through Charley’s picture-window windshield watched our awe-inspiring country sweep past us as we drove around this great nation. In truth, there was all of this, and so much more.

But as noted above, experiencing our 59 national parks was our primary focus on this extended trek. Writer and naturalist, Wallace Stegner, once famously said that our national parks are America’s “best idea.” I would only say that if this were not the case, then I would pretty confidently contend that they certainly deserve a place on the podium. Each of them are truly grand and exceptional in their own way, and all are national treasures that should be cherished and protected. Often folks would ask us what our favorite park was. My response to this question was always: “The next one,” because I knew that regardless of where it might be, or the type of terrain and natural characteristics, it would be extraordinary and I could not wait to see it. However, if I were pressed to name my favorite, a number of them would certainly be in the running for my top spot, including all of Alaska, but if I had to pick just one, it would be Grand Canyon National Park. Why? The thing is with the Grand Canyon, that it is impossible for words to sufficiently describe it, just as it is not possible for photographs or paintings to adequately convey its magnificence and beauty. Perhaps the essence of the canyon is best captured with a single word: humbling.

It was indeed the adventure of a lifetime, and short of space travel, we will be hard pressed to undertake anything in the future that approaches this extraordinary experience. In total, we drove almost 83,000 miles, hiked another 1,100 miles, and paddled and biked 265 and 175 miles respectively. Our journey took us to the farthest points north, south, east and west in the United States. We also overnighted in 17 Walmart parking lots. There is a part of me that is glad that I did this in the latter part of my life instead of when I was younger, as it would have been one tough act to follow if done in my 20’s or 30’s, or 40’s, for that matter. In many respects, the wanderlust that was sparked when I was in the U.S. Navy back in the mid 1970’s was once again reignited behind the wheel of our own rolling circus as we explored this grand land. We started each new leg of the trip with a feeling of genuine excitement, and Willie Nelson’s, On the Road Again, filling Charley with the prospect of, “Goin’ places that I’ve never been. Seein’ things that I may never see again.”

So the journey is complete and we find ourselves back in the Midwest once again near the very special people that we left back in 2014. While separated by many miles when we were Out There, friends, and especially family, were always on our minds, and in many respects, came with us. In my wallet I carry every school photo of Claire from preschool through college. I would occasionally need to measure something and would pull out the tape measure my father always carried, and if a large stirring spoon were required, Laura had one of my mother’s in the second drawer down showing the wear of many years’ use. My brothers were represented with music that I listened to periodically that I knew they enjoyed as well. For good luck, Charley’s tool box contained a horseshoe that in a previous life was affixed to one of my grandfather’s farm horses. And monthly mail drops always held four or five issues of the Chenoa Town Crier which kept me up to date on the comings and goings of my hometown.

We ended this odyssey where we began it, back on the farm. It was our first stop when we rolled out of Chicago in June 2014, and we wanted it to be our last stop before coming off of the road. My family all came together for a wonderful dinner to welcome us back and celebrate concluding our adventure. As it had been with every visit with my family over the course of the two and a half years, I was struck with a profound sense of family and strong connection to these people and this place. Regardless of where we ultimately settle, or where our travels might take us in the future, there will always be this place that is comfortable and familiar and right, and grounded in family. Indeed, it is good to be home. 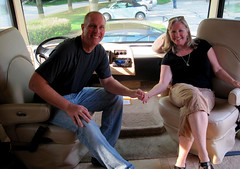 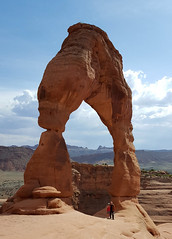 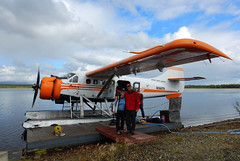 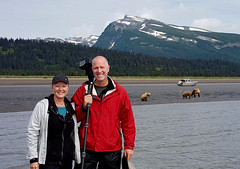 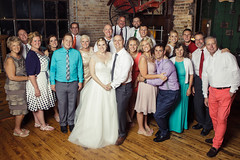