We have visited three national parks in less three weeks — that’s hardly enough time to write about each of them as well as the other national park units we have visited [Devils Tower NM, Mount Rushmore NMem, Jewel Cave NM, and the other ones I wrote about in my latest post], let alone enjoy them all as they should be enjoyed.  And we’ve been making final arrangements and packing for our big Alaska trip — I’ve got so much to post about and so little time!

While each of these three national parks deserves its own spotlight, I’m going to have to lump them all into one post — sorry about that Wind Cave NP, Badlands NP, and Theodore Roosevelt NP!  Here are the highlights of each of our visits to these three parks: 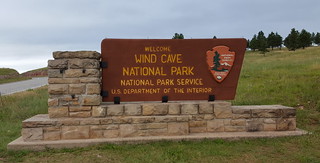 Wind Cave National Park — As the name suggests, this park protects a cave system of twisting mazes and passageways that exists beneath the ground, and that was the original mission of this park that was established as our nation’s seventh national park by Theodore Roosevelt — one of five he created — in 1903.  But it also protects a lush and beautiful rolling prairie above the ground.

While the cave was known to Native Americans as a sacred place for centuries, it was first discovered by white America back in 1881 by two brothers, Jesse and Tom Bingham, who heard a loud whistling noise which lead them to a small hole in the ground — still today the cave’s only known natural entrance — and the wind coming out of the cave is said to have blown Jesse’s hat off.  Once known, others took to exploring the cave and more of it continues to be mapped to this day.  Based on barometric wind studies, it is believed that only five percent of the total cave has been discovered.  Presently, the cave is the world’s seventh longest, with 143 miles surveyed.

A ranger-led cave tour was the main highlight of our visit to the park.  Ranger Earl guided us through this underground labyrinth to view the many features and underground formations, or speleothems, in what is one of the most complex cave systems in the world.  Unlike most caves with which we are familiar, this one has very few stalactites and stalagmites.  Instead, there is a profusion of “boxwork” — thin, 3-D honeycomb-shaped calcite structures — which is not found in any other cave in the world.

Above the ground, the plains of Wind Cave are right at the edge of the famed Black Hills of western South Dakota.  The entire region was once home to millions of bison — some sources say upwards of 60 million! — the enduring symbol of the Great Plains area.  But changes in human population patterns and over-hunting drove them to near extinction.  Thanks to conservation efforts on the part of the park system, bison herds roam freely and beautifully here once again, along with other wildlife such as prairie dogs, pronghorn, coyote, mule deer, and elk.

And so it is at Wind Cave — one park, but two distinct places. 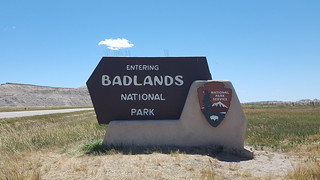 Badlands National Park — As the name seems to suggest, this place may not be to everyone’s liking, particularly those homesteaders, “sod busters” as they were called, who tried to settle in the area but found it too difficult to tame.  But we found Badlands to be a big, wonderful, beautiful surprise.

The area was first established as Badlands National Monument in 1939 to protect the colorful tiered cliffs, buttes, and pinnacles that extend out as far as the eye can see.  It was later designated a national park in 1978, and today not only protects these geological wonders, but also features one of the most complete fossil accumulations in North America, evidence that ancient, often strange (by our terms today) creatures once roamed here. 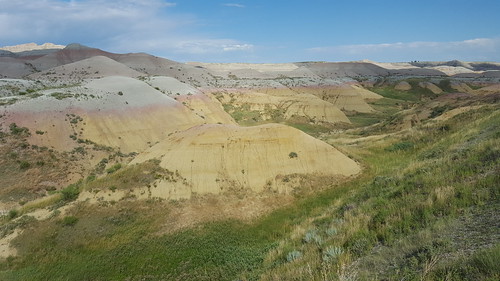 The Badlands draws visitors from around the world, many of whom simply drive the loop road through the park, stopping at the various overlooks to look off in the distance and admire the rugged beauty of the rock formations seemingly growing out of the mixed-grass prairie.  Others, like my photographer husband Fred, or Fransel [Adams] as I like to call him, repeatedly went into the park to watch and photograph the way the light shines upon and casts shadows on the infinite peaks throughout the park. 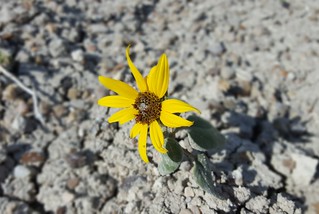 While the summer sun bakes this land and it seems, and often is, quite harsh, particularly in the 100-degree weather we experienced during our entire visit here, the natural elements of this park are wonderful.  Erosion carves these buttes so they are ever changing.  And while it appears that no life could be sustained here in the blistering sun and endless winters, more patient visitors notice life all around.

Fred’s prior post features wonderful photographs of pronghorn, bighorn sheep, and prairie dogs — rewards for all the time he spent in the park. 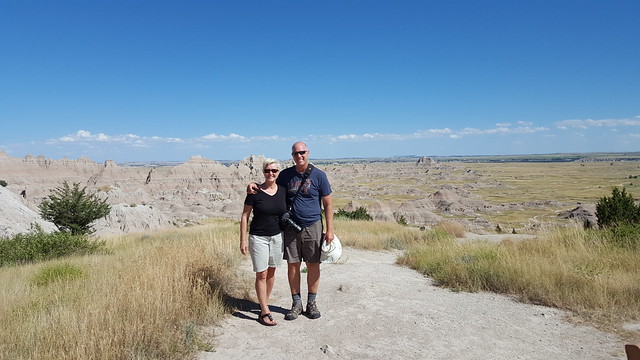 Badlands National Park is actually comprised of three units, but with two being in the Pine Ridge Indian Reservation, most people, including us, just visit the North Unit, where there is more than enough to take in and enjoy. 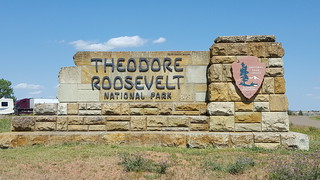 Theodore Roosevelt National Park — This is the third in our trifecta of national parks in the Dakotas featuring grassy plains, noisy prairie dog towns, wandering pronghorn and grand bison herds.  But one thing that makes this park stand out is the name itself: Theodore Roosevelt National Park is the only national park that is named after a person.

Roosevelt, the 26th president of the United States [1901-1909] came to North Dakota as a 24-year old to hunt bison, but he returned to the area regularly throughout his life.  He mourned the loss of his young wife (she died in childbirth) and his mother here; tragically, the two dying hours apart.  He even entered into a ranching business here.  The time Roosevelt spent in this area gave him an appreciation of the hardships of life in the Badlands and a passion for conservation that informed his presidency.

“I have always said I never would have been President if it had not been for my experiences in North Dakota,” Theodore Roosevelt  proclaimed in 1918.

Known as “The Conservation President,” Teddy Roosevelt did more for the national park system than any other president.  He doubled the number of sites within the system, creating five national parks including Crater Lake NP in Oregon, Wind Cave NP in South Dakota, Sully’s Hill NP in North Dakota [which was later designated as a game preserve], Mesa Verde NP in Colorado, and Platt NP in Oklahoma [which is now part of Chickasaw National Recreation Area.]  But much more enduring, he enacted The Antiquities Act on June 8, 1906, enabling the President to set aside for protection “…historic landmarks, historic and prehistoric structures, and other objects of historic or scientific interest that are situated upon the lands owned or controlled by the Government of the United States….”  These protected areas were then designated as “national monuments.”

Below are a few photos of our time in Theodore Roosevelt National Park.

The Badlands in TRNP

The Little Missouri River in TRNP

Hiking RIGHT into the rainstorm at TRNP 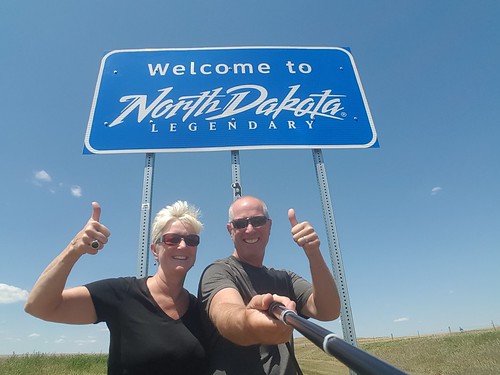 Yesterday was a milestone for us — we made it to our 50th state!  As I mentioned on my Facebook post, it’s been 2 years, 1 month and 18 days of life on the road for us, and finally we tallied our 50th and last state.  We’re getting very close to completing our goal of visiting all 59 national parks.  We’re currently at Theodore Roosevelt National Park in the Badlands of North Dakota which is park #53 — just six more to go!