Fred & I met daughter Claire at her school in Kentucky for a nice fall weekend, and combined that visit with a couple of days at Mammoth Cave NP.  “Mammoth” is a fitting description for the system of underground caves.  The full extent of this water-formed labyrinth remains unknown, but nearly 400 miles of these underground passages are surveyed, and geologists believe there could be more than 600 miles yet to be discovered. 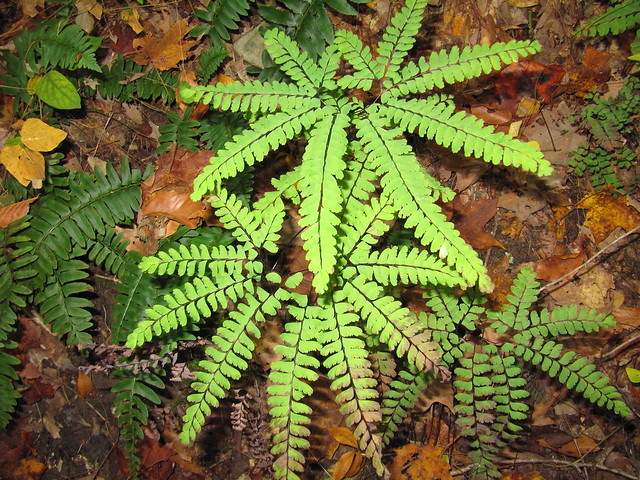 We arrived at Mammoth Cave NP on Saturday, October 8th, and after walking around the boardwalk & trails near the Visitor Center, we  joined with our group.  A National Park Service ranger gave an overview of our trip down into the caves which included how the caves formed – millions of years of limestone and sandstone interacting, eroding, and creating underground streams – it was a real lesson in natural history.

We opted for the “strenuous” guided tour, the Grand Avenue Tour, which had the three of us 300 feet underground for 4-1/2 hours; something that is not for the faint of heart or claustrophobic!  We hiked up and down for 4+ miles through many different chambers and narrow passageways.  We had lunch in an underground cafeteria in “The Snowball Room” which was discovered in the early 1840’s by the enslaved Stephen Bishop, who is believed to be the first person to explore the cave system after it was re-discovered in 1798.  Our trip culminated in “Violet City” where we saw impressive dripstone formations that have been forming for millions of years – stalactites and stalagmites everywhere!

On Sunday, October 9th, Fred & I woke early for a short hike down to the Green River, passing by a couple of feeding white-tail deer, the River Styx spring, another entrance to the cave system, and some wild turkeys out in a dewy field.  We had breakfast, drove back to Danville to drop Claire off, then headed back up to Louisville for a late flight back to Chicago; this was a terrific little getaway weekend!

Hover your pointer over the photo, below, then click on the arrows to scroll through our photos from Mammoth Cave.